President Ali Hassan Mwinyi was a 2nd President of Tanzania. Married to Siti (1960) and had 4 daughters and 5 sons. Mwinyi born on 8-5-1925 Kivure, Tanzania. As a second 2nd President from 1985-1995 also was a Interior Minister and Vice President previously.
Posted by Navarasa Photo Arts at 1:03 AM 1 comment: Links to this post

Email ThisBlogThis!Share to TwitterShare to FacebookShare to Pinterest
Labels: Tanzania 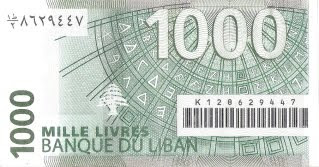 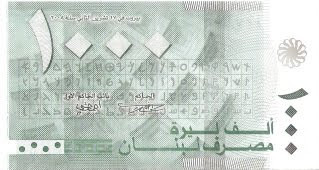 Lebanon 1000 Livres 2004 AUNC
Geometric designs, alphabets.
Posted by Navarasa Photo Arts at 12:49 AM No comments: Links to this post